Lebanon has experienced a cataclysmic explosion second only to Hiroshima and Nagasaki. It has cost an already ailing country hundreds of lives, and the displacement of some 300 000 people. Working to rebuild lost neighborhoods and preserving our Heritage is our key objective. Our Heritage is our Identity. And supporting the residents of these destroyed homes, some who have resided there through many generations should be our main goal. All proceeds from sales will go to fund three NGOs devoted to the cause: Together Li Beirut, Baytna Baytak and Beirut Heritage Initiative.

Brief of the book

As citizens of a country that holds many secrets and stories, we are unable to define who we are. We exist in a mélange of cultures, ideologies and backgrounds. For Tamara Zantout, author and producer of Drawing Lines, having lived in London for most of her childhood, she sought to understand her own identity and attachment to Lebanese culture or that which has been idealized in a romanticized notion of nationalism as opposed to the experience of re-entering the Lebanese sphere. The challenge was to adopt a voyeuristic approach to street art whilst maintaining the duality of the detached observer. It was an attempt to understand how different and diverse local and foreign artists communicate Lebanese identity.

“Drawing Lines focuses on the perception of Lebanese identity through the poetic analysis of street-art lenses such as revolt, iconography, journey, identity and heritage.”
The National

“That is what the art book ‘Drawing Lines’ depicts in its two-hundred-page spread, through the works of dozens of graffiti artists found on the streets of Beirut. ‘Drawing Lines’ made its much-awaited debut to a large crowd at Beit Beirut, an iconic space from the Civil War, which houses vivid memories of the distant past.”
Executive Magazine

“The photos of street art across Beirut are complemented by moving commentary, probing into what the author calls the lost Lebanese Identity.”
Gulf News

“Walking around the streets of Beirut, it’s hard to miss the vast and varied graffiti art that decorates its walls. Some express dissent. Others are tributes to celebrities of a bygone era. Tamara Zantout believes these murals to be the key to understanding the Lebanese identity, a topic she explores in her art book “Drawing Lines,”
The Daily Star 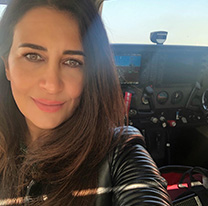 Tamara Zantout is a writer, designer, director and founder of the Urban Fusion. With multiple degrees both at the undergraduate and graduate level from Architecture at the Architectural Association in London to Economics to a Masters in Urban Planning, she has worked in various fields some in Economic journalism and the UN and others in the fields of design and production as well as Saatchi in advertising. She has acted as copywriter for several novels and large projects. She founded the Urban Fusion in 2013. She then moved on to create https://www.theurbanfusion.com/ which began as an interdisciplinary platform for artists and designers and now serves as a platform for art books.